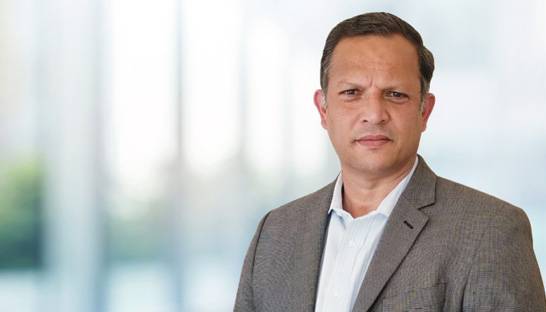 Sri Manchala, the chairman and CEO of digital consulting firm Trianz, has been lauded as a top leader by two international business publications.

Global publication CEO Today, a business magazine that creates an annual list of the most influential leaders in the world of consulting, named Sri Manchala a top CEO, alongside the likes of Lance Levy, the CEO of Capco; Ignacia Garcia Alves, the CEO of Arthur D. Little; Elie Girard, the CEO of Atos; Ari Bousbib, the CEO of IQVIA; Scott McIntyre, the CEO of Guidehouse; and Victor Font, the CEO of Delta Partners, now part of FTI Consulting.

Meanwhile, in India, where Manchala grew up, the Trianz head was named a business leader of the year by the Economic Times, India’s foremost financial-economic newspaper. The jury praised Manchala for the way he has transformed Trianz into a leading player in its segment, and for the firm’s steep growth – Trianz has booked more than 25% growth year-on-year for over five consecutive years.

Manchala has been leading Trianz since its founding in 2001, and today the consulting firm has approximately 1,500 consultants worldwide. The advisory company positions itself as a pioneer in using data-driven strategies to drive change, modernization, digital relevance, and sustainable growth for clients.

Manchala’s career path has been anything but straightforward. An alumnus of the elite National Defence Academy, he served as an officer in the Indian Army in the Infantry and the Parachute Regiment-Special Forces. Manchala started his corporate journey in 1994 with a short stint at Asian Paints, India’s largest paint and chemical manufacturer. Upon graduating with an MBA from the University of Southern California, he joined KPMG Consulting in the Silicon Valley office of the firm’s high technology consulting practice, later joining Cisco Systems in the Information Technology division of the company’s headquarters.

At Trianz, Manchala began championing a new vision for the firm in 2015 and has overseen a total migration of its portfolio to digital benchmarking; transformation strategy; business model and operations reengineering; and deployment of digital solutions and experiences leveraging technology pillars such as the cloud, enterprise analytics, applications, infrastructure, and cyber-security.

Armed with data on the state, direction, and pace of transformations across industries and functions within a given enterprise, the leadership of Trianz has made intelligent choices on the selection of its own service portfolio, geographies, industries, and clients. Manchala and his team have also discarded the traditional siloed practice models followed by the consulting and IT services industries. With a firmwide ‘DTX Operating Model’ that ensures a holistic look at opportunities, problems, challenges, and outcomes framed in advance – various practice communities come together, using frameworks, IP, and predictive execution models to achieve outcomes.

Trianz’s vision, strategy, and execution has clearly paid dividends. For three years in a row, Trianz has been rated #1 for business impact generated and predictability in execution with over 90% of engagements achieving targeted goals and on time. The firm is now positioned as an innovator by various industry analysts, and a recipient of numerous awards, including being named a ‘Top consulting firm in the world’ by Consultancy.org and one of ‘America’s Best Consulting Firms’ by Forbes Magazine for three consecutive years.