BCG’s list of the most innovative companies in the world 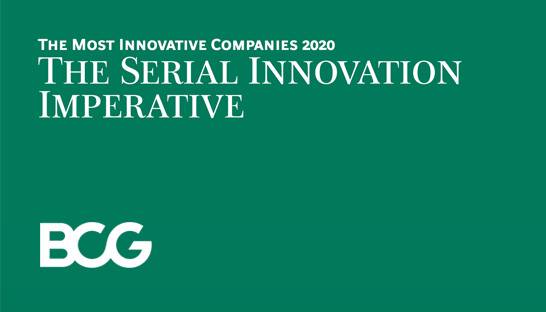 Six companies made their first appearance on the list this year: online retailer JD.com, appliance manufacturer Bosch, tech company ABB, pharmaceutical company Novartis, and automobile manufacturers FCA and Volvo. Tech company Huawei saw the largest jump in the ranking, rising 42 spots to #6.The BCG report noted that the most innovative firms have an aligned strategy and significant innovation investment. Of the 1,000+ companies surveyed by the consulting firm, 45% were “committed innovators” who said that innovation was a top priority and supported it with significant investment. “Skeptical innovators” (30%) viewed innovation as neither a strategic priority nor an important funding target. “Confused innovators” (25%) had a mismatch between how they viewed the strategic importance of innovation and their level of investment.

The financial and pharma sectors had the largest proportion of committed innovators (56%) while wholesale and retail had the lowest share (32%).

Bigger companies also have an edge in innovating successful products, services, and business models, according to BCG – with greater resources to transform opportunities into sources of new revenue. The typical “small” company on this year’s top 50 list was $30 billion – up more than 170% from $11 billion (constant dollars) in the inaugural survey in 2005. 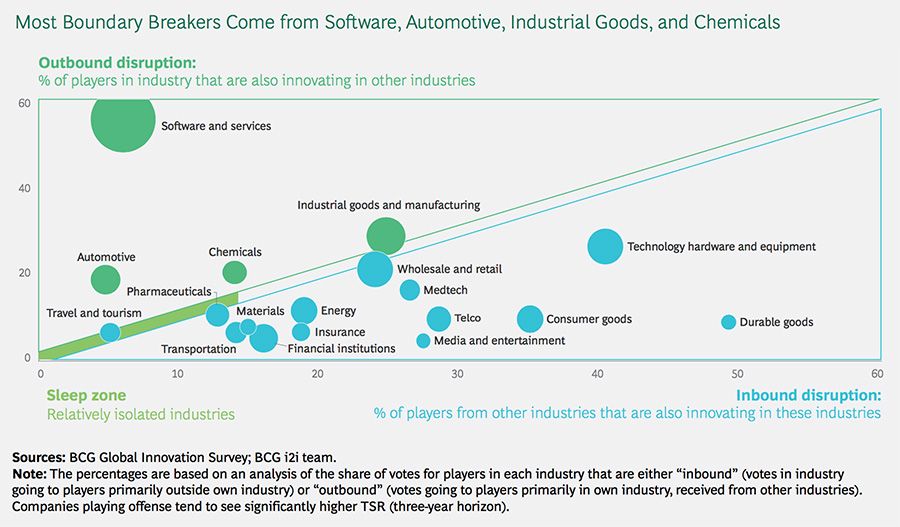 With every industry becoming a tech industry to some degree, boundary-crossing innovation is becoming an increasingly important capability. BCG says that we are seeing much more cross-industry innovation, with such activity increasing by 20% from 2016. New players that are active across industry boundaries include Sony, Nike, Xiaomi, and JD.com.

Software and services companies are the most frequently cited invaders of other sectors (e.g. Apple and Alphabet moving into autonomous car tech). However, automakers and other manufacturers are also moving into other sectors – as internet of things and other tech transforms them into data-enabled businesses. According to BCG, the transformation of auto, aircraft, and farm equipment manufacturers is pushing a move from manufacturing equipment to combining equipment, data, software, and connectivity to provide new types of solutions.