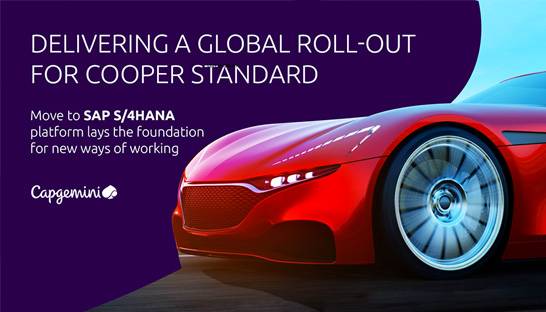 The enterprise resource planning software implementation began in 2015, using the previous generation, on-premises SAP ERP. Approximately three-quarters through the project, Cooper Standard decided to switch to SAP S/4HANA, the current gen, cloud-hosted system that has built-in AI, machine learning, and advanced analytics to improve business processes – such as order-to-cash, procure-to-pay, and plan-to-product. It also runs solely on the SAP HANA database, whereas the previous generation could run on multiple other database platforms such as those from Oracle, Microsoft, and IBM.

The pivot necessitated a “brownfield” conversion, which entails converting existing SAP systems to the current generation.

Capgemini helped Cooper Standard migrate to S/4HANA at 74 sites that have 5,240 users and more than four million transactions per day. The company was able to migrate without re-implementation or disruption of existing business processes. 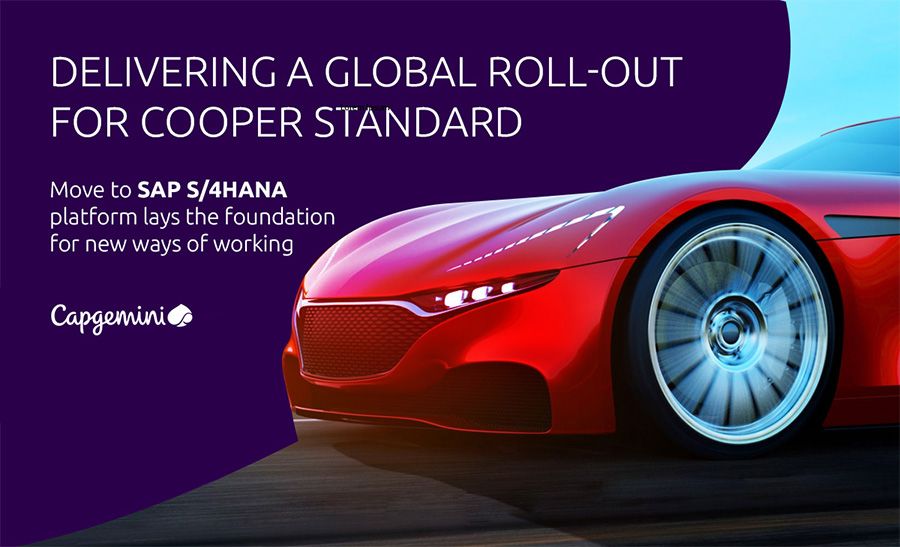 Based in Novi, Michigan, Cooper Standard has approximately 32,000 employees and more than 100 manufacturing locations globally. The firm builds auto components such as fuel and brake lines, fluid transfer hoses, rubber and plastic sealing, and anti-vibration systems.

“The SAP S/4HANA implementation has been at the center of Cooper Standard’s growth goals,” said Soma Venkat, VP of IT at Cooper Standard. “We will be able to get benefits right away, such as speed, reporting, analytics, and more. This is an important step in our digital transformation plans to be cloud-first and mobile-first.”

Cooper Standard plans to build on this initiative with moves into adjacent markets, changes to its business models, and further innovation, according to a release from the firm.

“Auto suppliers are being asked to increase responsiveness and their ability to meet just-in-time delivery from original equipment manufacturers,” said Markus Winkler, global head of the automotive sector at Capgemini. “Speed and visibility are critical to being able to respond to those demands. We’re proud to have supported Cooper Standard’s latest transformation which we believe will set the company up for even more success on top of its already market-leading capabilities.”

France-based Capgemini provides technology and management consulting services to clients across the globe. The firm has 270,000 team members in almost 50 countries and annual revenues of €17 billion.