CEOs prioritizing business models that are digital and flexible 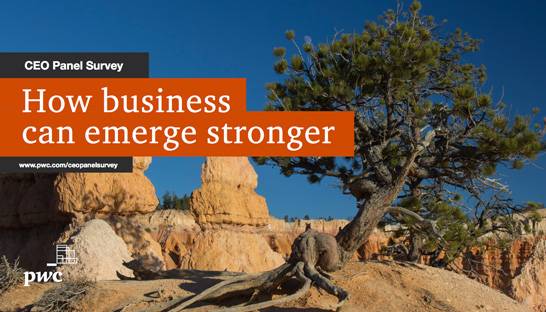 CEOs plan to make their companies more digital and virtual post-pandemic, while developing a more flexible and employee-oriented workforce, according to a recent PwC survey.

The pandemic has forced leaders to rethink how they plan, invest, and operate in the future, found the survey of 699 global CEOs.

Meanwhile, 41% of global CEOs said that their business model would become more flexible by increasing the share of remote and contingent workers. Indeed, 78% of CEOs believe there will be an enduring shift to remote collaboration, while 61% expect low density workplaces post-pandemic.

Though most global CEOs expect a lower workplace density than before, they remain divided on how cities will figure into the workplace equation. Thirty-four percent believe the shift to de-urbanization will continue, while 38% see the trend as temporary.

“Business leaders need to simultaneously keep their company running today and fundamentally rethink their strategy for tomorrow, so they come out of the pandemic ready to reconfigure their business to thrive in a very different world. And they need to do that, thinking not just about the COVID-19 acceleration of change in society and the rising expectations of their broader stakeholders, but also the other issues that are going to fundamentally reshape the future of business – from climate change to populism,” said Bob Moritz, global chairman of PwC.

Forty-three percent of CEOs expect the shift towards nationalism to be temporary, despite the fact that populist and nationalist trends were on the rise prior to the pandemic. 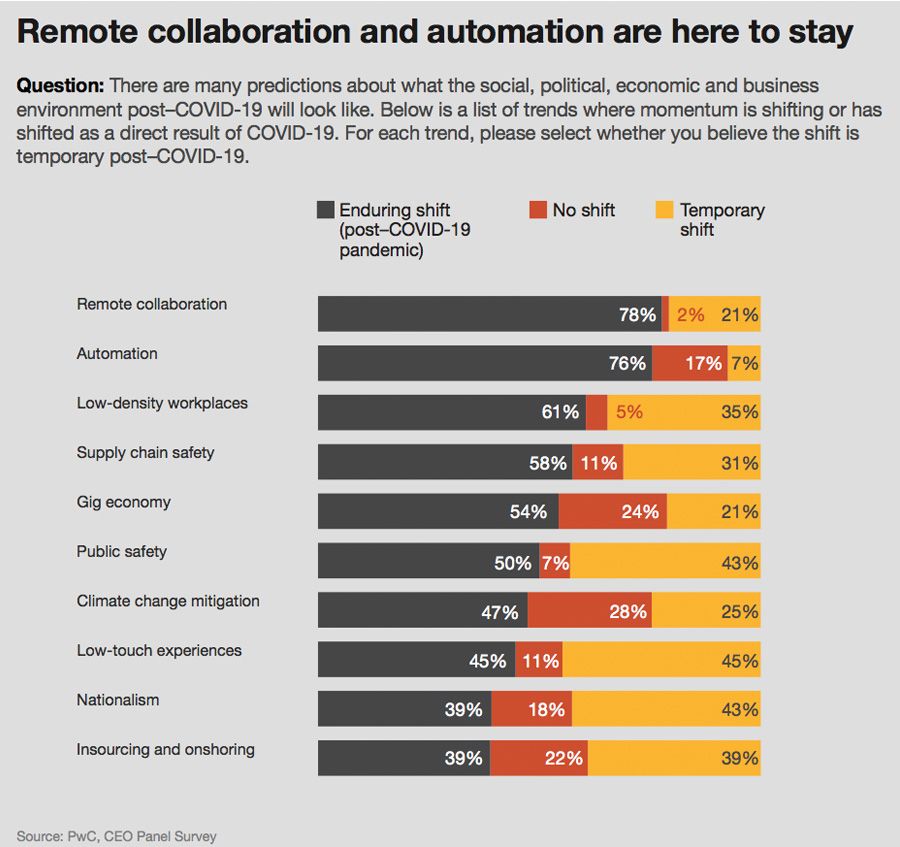 Leaders also believe that the post-pandemic period will see an enduring shift to automation (76%). Twenty-one percent of respondents said that their business model will become more automated by replacing human labor after the pandemic.

Covid-19 will also have lasting effects on how leaders manage their supply chain. Fifty-eight percent of global CEOs said that ensuring supply chain safety will remain a focus, with 39% seeing a lasting shift to insourcing and onshoring.

The PwC survey also found that CEOs are cautious about their revenue growth prospects in the year ahead, with 45% somewhat confident and 15% very confident. Sixty-five percent expect a decline in global growth, which still seems somewhat overly optimistic.

CEOs also expect that government stimulus taps will soon be ramping down, with only 30% believing that government support will be sustained – despite gloomy prospects for global growth over the next 12 months.