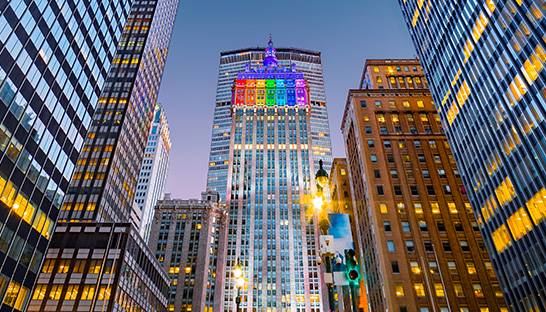 Corporate workplaces are falling short on LGBTQ+ inclusion, according to a recent report from consulting firm McKinsey & Company. LGBTQ+ women face particularly strong barriers, including underrepresentation in management, feelings of isolation and “onlyness,” and more frequent occurrences of microgressions and sexual harassment.

In the past two decades, corporate America has made public gestures of support for the LGBTQ+ community, sponsoring Pride events and rolling out more inclusive marketing and messaging. Companies have also evolved their recruitment practices and formed employee-resource groups.

Despite the outward signs of progress, solid gains for LGBTQ+ employees have lagged in the workplace.LGBTQ+ workers are underrepresented in America’s largest corporations, especially LGBTQ+ women, who make up just 2.3% of entry level positions. Representation decreases further on higher rungs of the corporate ladder, with LGBTQ+ women representing 1.6% of managers and 0.6% of SVP and C-suite positions.

According to McKinsey, four openly LGBTQ+ CEOs head one of the Fortune 500 companies, only one of whom is a woman (and none of whom are trans).

Underrepresentation increases the likelihood that workers will experience isolation or “onlyness,” where they are the only person on a team with their given gender identity, sexual orientation, or race. This experience is especially common for LGBTQ+ women, and especially LGBTQ+ women of color, who are eight times more likely to experience onlyness than straight white men. 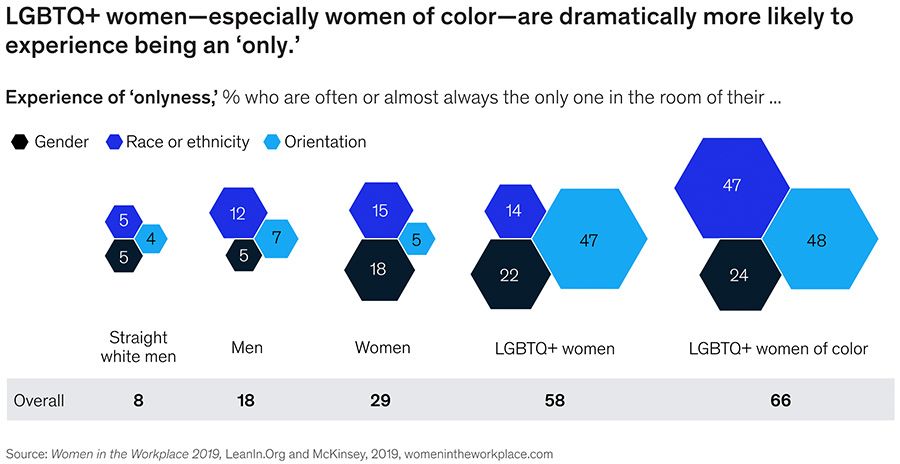 LGBTQ+ women are also more likely to have experienced sexual harassment, with more than half saying so – approximately 1.4 times more than straight women and 1.9 times more than LGBTQ+ men.

LGBTQ+ women are also more likely to say that their gender has played a role in them missing out on a raise or promotion. Despite the above barriers, LGBTQ+ employees are as likely as straight employees to aspire to be a top executive.