At Guidehouse, Cogswell will use her breadth of experience in the Department of Homeland Security (DHS) to advise clients on managing national security risks.

“Bringing Patty on board further exemplifies our commitment to the national security mission. She expertly understands the linkage between strategy, policy, technology execution, and operations in support of protecting the safety or our nation,” said John Saad, Guidehouse partner & national security segment leader.

Cogswell has worked at the DHS since its founding 2002. In her most recent role she oversaw the day-to-day operations of the TSA, focusing on the security of aviation and surface transportation. 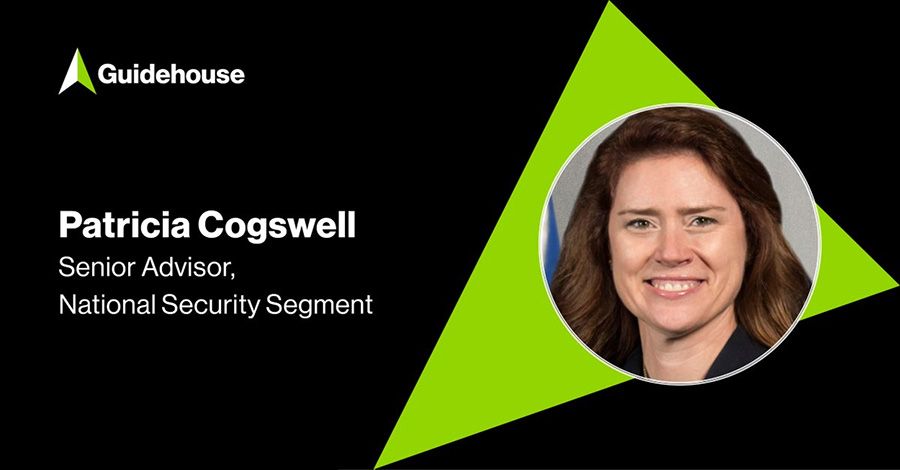 Between 2014 and 2018 she was as assistant director in US Immigration and Customs Enforcement (ICE). Prior to that, Cogswell was on the National Security Council between 2010 and 2013, where she served as a special assistant to President Obama on transborder security policy.

She was also previously deputy assistant secretary for policy (screening coordination) in the DHS’s Office of the Inspector General.

Prior to joining the DHS, Cogswell worked at the US Department of Justice. She holds a JD from the College of William & Mary and a bachelor’s degree in mathematics from the University of Pennsylvania.

“Patty is a true champion of agency innovation and we are honored she is joining the Guidehouse team,” said Scott McIntyre, CEO of Guidehouse. “Her extensive experience enhancing public-private partnerships at the highest levels of Federal government will bring valuable capabilities to our fast-growing National Security segment and will provide essential guidance across our portfolio as we help our clients address their most pressing challenges.”