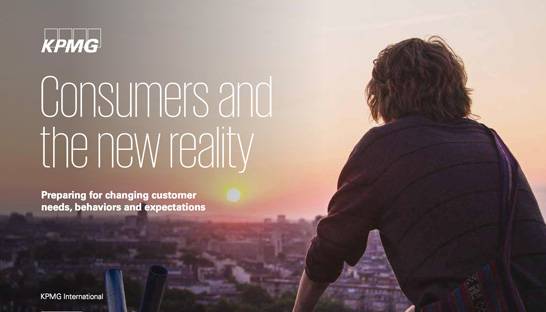 The post-Covid-19 consumer is financially cautious, tech-savvy, and more conscious about consumption patterns, according to KPMG. These trends might well be here to stay across the world.

The outbreak of a pandemic, the consequent lockdown, and the broad-based economic impact have forced lifestyle changes for the global consumer. Many have lost their jobs or are working reduced hours, which has put a strain on incomes. In fact, KPMG found that as many as 43% of consumers across the globe currently feel financially overwhelmed or sensitive, which means that even shopping for essentials has become stressful for some.

The new circumstances have caused a shift in priorities. As people bide their finances and spend the majority of their time at home, KPMG found that the top three priorities for the new age consumer when making a purchase are value for money; ease of buying; and trust in the brand.

The focus on value for money evidently stems from the widespread financial strain. In many cases, this has meant a strict focus on essentials. According to KPMG, non-essential spending has all but come to a halt for many in Brazil, Japan, Italy, and Spain. On the other hand, consumers in Germany, France, Hong Kong, and China appear to be more at ease with non-essential spending.

Even in these markets, however, consumers are undoubtedly more value-conscious than before, and KPMG predicts this trend is here to stay. “Organizations will need to rethink their business and operating models. The consumer’s search for value for money is much more than just short-term margin dilution. It is a fundamental change in purchase priorities and will be prevalent for 12 months or more,” wrote Gary Reader, global head of clients & markets at KPMG International.

Then there is the change in the purchasing process itself. Consumers have been locked up at home and many are wary of going to crowded places, be it for a business meeting or even to buy groceries. So the natural alternative has been to go online, leading to a significant boom in digital channels since the start of the crisis.

For most, there has been a sharp increase in the use of digital communication avenues such as messenger apps, social media, and video conferencing tools for work. At the same time, consumer trust in digital payments has also gone up, which is likely to facilitate a boom in online purchasing activity in the near future.

Younger segments of the population have dominated this trend, although KPMG suggests that all age groups are now entering the fray, as convenience and safety start to take precedence over all else. According to the report, the business environment should be nimble in its response.

“Organizations will have to consider releasing cash from existing channels and shifting into digital. Prioritizing digital security will be key,” wrote René Vader, global sector head of consumer & retail at KPMG International.

A shift to online channels aside, businesses have far less tangible but equally significant trends to track, namely a shift in attitudes. In KPMG’s report, many indicated that their brand preference is likely to change in the near future, mainly owing to a preference for local suppliers in a bid to help the community.

Local shops have grown rapidly in prominence during the lockdown, not only because they mark a good alternative to crowded grocery chains, but also because many local businesses have made the extra effort to care for the vulnerable as times got tough. According to KPMG, organizations should adapt to this trend too.

“The trend towards local products may revitalize tertiary high streets, which have seen a decline over the past years. Organizations will need to align their supply chains to the growing trend of a desire for localness. This is more than just sourcing — companies will need to be demonstrably supporting communities, new community networks, and being locally relevant,” said the report authors.

That being said, the desire to shop local is born out of a broader conscientiousness that has emerged since the crisis, which is also worth noticing. Trust has become an essential factor for consumers, and there is a burgeoning appreciation for business practices that care for the community and the environment. These are just some of the characteristics of the new global consumer, according to KPMG.