Most Americans expect to travel same or more when restrictions lift 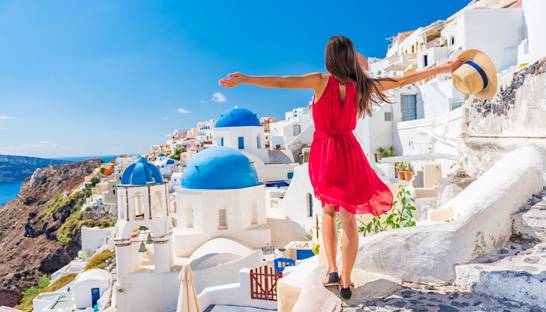 Of the American respondents who said they would travel more than planned for leisure, the top rationale was because they were bored from quarantine and need to have fun (42%). Of the 37% who expect to travel less, 46% said they were worried that the pandemic might come back, and 34% were concerned about health protocol on modes of transport and at accommodations.

“Though the timing of the return to travel is dependent on when government authorities deem it safe, the desire to travel is strong and comfort levels are surprisingly high,” said Jessica Stansbury, a partner with Oliver Wyman. “This pent-up demand for leisure travel will spark the initial recovery of the industry.”

The Oliver Wyman study also found that 75% of Americans who fly for business expect to travel the same or more when restrictions are lifted – though the responses don’t consider possible changes to corporate travel policies.

In terms of accommodations, travelers will choose based on cleanliness – something which favors large hotel chains over short-term rentals like Airbnb. Nearly 70% of travelers said they trusted their primary hotel brand’s enhanced cleaning policies.

“There is no longer a middle ground when it comes to cleanliness, and this – combined with the customer experience – will be a key differentiator,” said Bruce Spear, a partner with Oliver Wyman. “Trusted brands define and can ensure a consistent standard, giving them an advantage moving forward. We expect the expansion of the sharing economy to slow as travelers favor brand name hotels or staying with friends and family as opposed to independents and private rentals.” 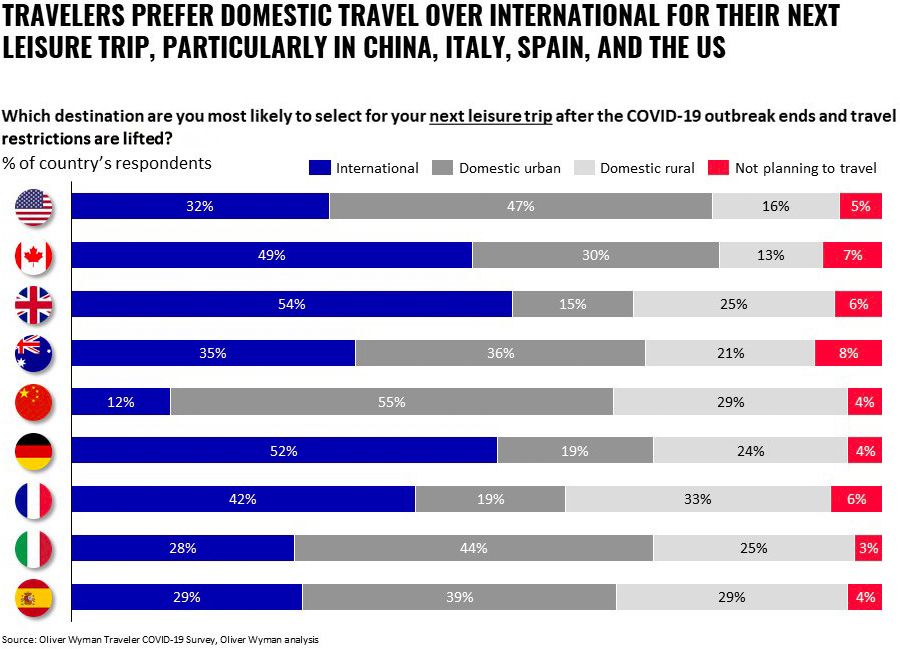 In terms of where they would travel for their next vacation, most Americans said it would be a domestic location – with 47% selecting an urban domestic location, and 16% tagging a rural domestic area. Only 32% of US respondents said their next leisure trip would be to an international destination.

Chinese (12%), Italian (28%), and Spanish (29%) respondents were the least willing to travel internationally for leisure after restrictions lift. Meanwhile, Brits (54%), Germans (52%), and Canadians (49%) were the most likely to select an international destination for their next trip.