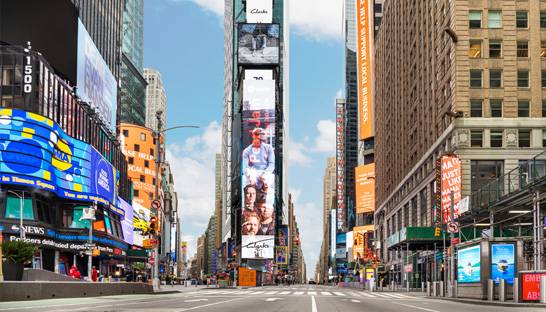 New York Governor Andrew Cuomo has hired consulting firm McKinsey & Company to create a science-based plan for reopening the state economy, and which will hold up to pressure from President Trump, according to a report from Reuters.

McKinsey will support the New York-led effort with models on testing, infections, and other data to help create an evidence-based policy on how and when to reopen the region’s economy, according to Reuters. The firm will provide analysis on testing availability, supply chains for critical supplies, hospital capacity, and virus projections.

The Reuters report also related that Deloitte was involved in developing the reopening plan.

An adviser to New Jersey Governor Phil Murphy said the goal was to “Trump-proof” the plan. The president has been eager to restart the economy, relating hopes to reopen the economy by Easter before eventually extending federal guidelines to the end of the month as cases have continued to mount.

Trump has often taken credit for the strong economy prior to the pandemic, and staked his re-election bid on it.

Fortunately for the governors clashing with the White House, the president has limited power to force them to reopen their economies on his terms. According to constitutional experts cited in factcheck.org, that power ultimately lies with the governors. Trump has himself said that the decision to reopen rests with the states, providing cover for Republican governors in the less-impacted South and West to start loosening restrictions.

The New York-led coalition would seemingly prefer to reopen in a manner and on a timeline that would favor community health and safety over a single-minded focus on restarting the economy as soon as possible. Loosening lockdown measures too soon and without adequate testing could lead to a quick second wave, and another lockdown and added deaths.

McKinsey has also been supporting the White House’s coronavirus response. According to New York Magazine, the Trump administration paid the firm as much as $19 million in recent weeks for consulting work for the Health and Human Services and Veterans Affairs departments.