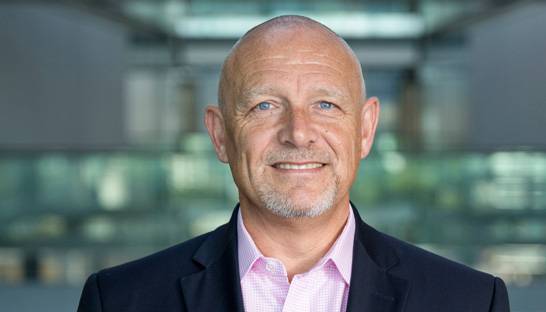 The global managing partner of EY-Parthenon, Steve Payne, has been appointed the new boss of EY Consulting in the Americas. He oversees a team of more than 20,000 consultants in the United States and Canada.

Payne technically becomes the first leader of EY Consulting in over two decades, following EY’s last month decision to rebrands its EY Advisory arm into EY Consulting. The move aims to reflect EY’s ambition to become the globe’s “leading transformation consultant”, meaning that the firm not only wants to present itself as an advisor, but also as an end-to-end consultancy including a strong execution capability.

“From strategy through execution, EY Consulting helps companies transform in the face of accelerating complexity by putting humans at the center, leveraging technologies at speed and enabling innovation at scale,” said Kelly Grier, EY’s top leader for the Americas.

The rebranding sees EY returns to its roots. Up until 2002, its consultancy arm operated as EY Consulting, but after it sold off the wing for $11 billion to Capgemini amid the Enron scandal, the firm – similar to the other Big Four – rebuild its practice under the EY Advisory banner. EY now joins Deloitte with a consulting brand, while PwC and KPMG still opt for the Advisory label.

EY Consulting is globally led by Errol Gardner, a London-based partner, and Steve Payne now becomes his top stakeholder. The Americas houses 20,000 of EY Consulting’s total workforce of 70,000 worldwide. “I am incredibly excited to work alongside Steve as we help clients find opportunities to drive long-term value in the midst of the current business uncertainty,” said Gardner.

Payne has been with EY for over twelve years, having previously worked fifteen years for The Hackett Group and REL Consultancy Group (acquired by The Hackett Group in 2005). At EY, Payne climbed the ranks to become Managing Partner of the Capital Transformation service line within Transaction Advisory Services, and later on Managing Partner of the Transaction Advisory Services. Most recently, Payne was the global leader of EY-Parthenon, EY’s strategy consulting unit which formed years ago when the Big Four acquired The Parthenon Group.

Today, EY-Parthenon competes with the likes of Deloitte’s Monitor Deloitte, PwC’s Strategy&, and in some areas, with specialised strategy consultancies such as the MBBs of McKinsey & Company, Boston Consulting Group and Bain & Company.

Grier and Gardner both are convinced that Payne is the right person to lead EY Consulting. “Steve embodies our transformative, client-centric mindset,” said Garder, while Grier added “Steve’s inclusive leadership approach will help our people and our clients respond to change and transformation with the agility and empathy needed in these extraordinary times.”

Having broke the news on LinkedIn, New York-based Payne has since been overwhelmed by congratulatory messages, bagging over 300 likes and comments across two posts. “I’m hugely excited to lead EY Consulting in the Americas as we move forward in this new chapter,” he said.