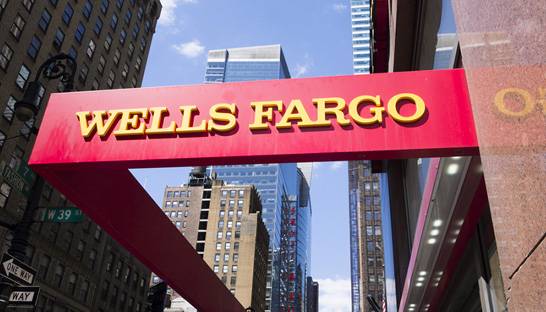 In the past twelve months, US’ third largest bank Wells Fargo spent around $3 billion on external consultants and contractors. In a new strategy to be unveiled by chief executive Charlie Scharf, the financial services giant has included plans to drastically bring down its “over-reliance” on external consultants.

In its latest quarter, Wells Fargo reported a net loss for the first time since the global financial crisis. The bank booked a $2.4 billion loss, compared to a profit of $6.2 billion in the year-earlier period. Worryingly, Wells Fargo underperformed expectations by a mile, as the bank struggles with the impact of the coronavirus pandemic, low margins and expensive regulatory and operational problems.

Wells Fargo has been struggling with compliance issues since 2016, when revelations unveiled that sales employees had created millions of phony accounts in order to hit sales targets. Since then, several other customer abuses and illegal practices have surfaced, and Wells Fargo has been unable to shake the damage caused by these cases. To date, the cases have cost the bank more than $3 billion in penalties.

To steer the bank back towards profitability, the bank’s chief executive Charlie Scharf – formerly the boss of BNY Mellon appointed late last year – is working on a set of efficiency plans. According to reporting by Financial Times, the plans are on the verge of being unveiled, and includes thousands of job cuts among Wells’ 266,000-strong global workforce, branch closures and a major savings target in its consultancy spend.

Scharf previously described the Wells Fargo’s consulting spend – to the tune of $3 billion in the past year alone – as “extraordinary”, expressing his frustration on the bank’s “over-reliance” on external consultants. “The things that we rely on outside people to do is beyond anything that I’ve ever seen,” he said in the bank’s second-quarter earnings call.

According to sources close to the matter, Scharf plans to cut some $1 billion from the total bill. Across its operations, the chief executive aims at cutting as much as $10 billion from its annual cost base.

Most of its consulting spending goes to projects in the regulatory domain. The bank has been operating under a string of “consent orders” from US regulators since 2018. Consultants are helping Wells Fargo with fixing its risk management and compliance governance and processes.

Firms that have worked in the area include McKinsey & Company, PwC and Oliver Wyman, as well as several law firms. In the risk side of the business, Wells Fargo works with Oliver Wyman, which is running an operational excellence program on behalf of the chief risk office, and Promontory Financial Group, which is supporting the improvement of several risk management processes.

The banking giant also works with Accenture on several projects, mainly around digital transformation and business process engineering, and Deloitte and EY.

While getting rid of consultants is a relatively easy way to slash costs, people familiar to the matter said that executives have been warned that over-cutting could jeopardise the bank’s top priority of improving compliance, and remaining competitive in the long run amid a rapidly changing banking environment. The expertise of consultants can be much-needed to drive change, and help the bank refurbish outdated business models.

Based on financials for the first six months of the year, the two largest banks in the US, JPMorgan Chase and Bank of America, are currently outperforming Wells Fargo by a margin.

According to a recent report from Boston Consulting Group, Covid-19 has made the need for transformation at banks more urgent than ever before.