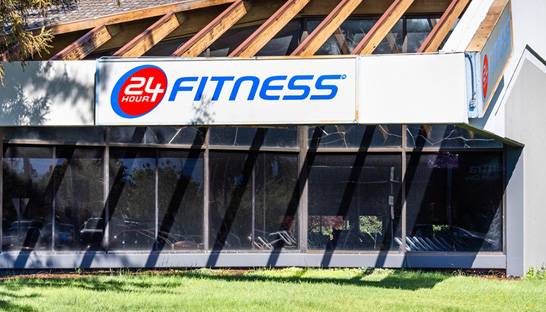 In filing for bankruptcy protection, the company will seek to shed debt, restructure its business, and emerge as a more competitive firm. 24 Hour Fitness announced that it will close at least 135 of its approximately 445 locations as it restructures, eliminating gyms which are out of date or too close to other locations. Most locations which will be shuttered are in California and Texas.

The company will use a $250 million loan and cash generated from its locations in order to continue operating during bankruptcy proceedings.

The pandemic forced 24 Hour Fitness to close most of its locations in mid-March. The company was not charging members during the shutdown, which pushed revenues down close to zero.

As the company works on reopening locations with new social distancing guidelines, there is no guarantee that members will return. Cancellations are expected to be widespread, as many consumers deem indoor gym use too risky or imprudent in a pandemic context.

Prior to Covid-19, 24 Hour Fitness recorded  a 2% revenue decline in Q4 2019, as the mid-tier firm lost customers to either high-end or budget-friendly competitors, according to a Bloomberg report.

The pandemic-related closures forced the company to fully draw its $120 million credit line. The gym now has a debt load of $1.4 billion.

“If it were not for Covid-19 and its devastating effects, we would not be filing for Chapter 11,” said Tony Ueber, CEO of 24 Hour Fitness.

FTI Consulting will draw on its deep expertise in corporate finance and restructuring advisory to attempt to set the firm on steadier ground. The Washington, DC-based company has 5,700 global employees and has worked on high-profile bankruptcies such as General Motors and Lehman Brothers.

It will be a tall order, however, as the pandemic alters consumer behavior long after the economic impact of closures. Will consumers be willing to don masks and go to a fitness class, or will they substitute memberships with outdoor physical activities and home gym equipment?

“Many economies are driven by consumption, so it’s not until the public feels safe that consumers will likely return to behaviors that were only recently taken for granted and economies, in turn, return to strength,” Seema Pajula, U.S. consumer industry leader at Deloitte, said in a May Consumer Tracker report.

Gold’s Gym, another mid-tier gym company, filed for bankruptcy in May. Gold’s permanently closed about 30 corporate locations during the pandemic, and plans to operate 700 gyms during the bankruptcy proceedings.