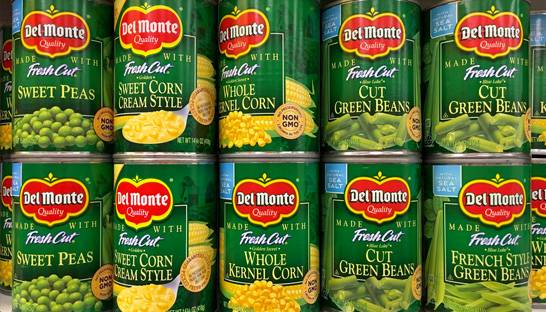 The project involved the transition of Del Monte’s entire IT infrastructure to the cloud, including its core SAP Enterprise Resource Planning (ERP) software. The company offers a wide range of products – stretching across both fresh and packaged food – and sought to cut costs and improve performance across its expansive supply chain.

AWS was chosen as the cloud server of choice, while Accenture was selected as the preferred partner to implement the platform. The global tech and strategy consulting firm’s position as an official SAP Journey to Cloud partner likely played a part in its selection for the project.

According to Romain Groleau, who is the Managing Director for Accenture Journey to Cloud for SAP in the AAPAC region, the Del Monte project posed unique challenges despite Accenture’s breadth of experience in cloud migrations. The food company requires a short turnover time from harvest or packaging to the final sale, creating little room for interruption from a cloud migration.

As a result, the cloud transition had to be a background operation, and had to occur fast. “After all, you can’t ask fresh food to wait while you take your time transforming the supporting technology,” explained Groleau. He reports that Accenture condensed its entire transition plan into a four-month timeline, and eventually implemented it in three-and-a-half months.

More than 200 servers were involved in the transition, making the timeline particularly impressive. Now at the other end of the transition, Del Monte is reaping the far-reaching benefits of cloud technology. For starters, the company has significantly cut costs by shifting to need-based digital servers rather than a vast expanse of physical servers.

Then there are the performance improvements. Groleau reports that inefficiencies in the system have been eliminated, while the company has been fitted with “automated right-sizing,” giving them the ability to shift the scale of operations in keeping with market requirements.

However, as pointed out by Groleau, the benefits of cloud tech run deeper, given its potential to facilitate other digital enhancements. “A key point to bear in mind: this migration was far more than a ‘lift and shift’ operation. That’s not where the full value of migrating to cloud is to be found. It really comes through exploiting innovation from new AI and IoT technologies that cloud enables, providing automation and agility to scale and gain business insights at speed, on an ongoing basis. It’s the best way to take full advantage of running complex workloads like SAP on AWS.”

He reports that a significant portion of Del Monte’s operations now benefit from automation and data analytics, among other tools. Not only has this helped cut costs and improve efficiency, but it also offers much-needed flexibility to deal with continually evolving market trends.