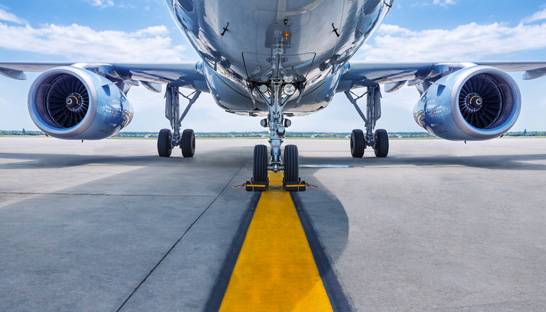 Air passenger traffic in North America could take four years to reach pre-pandemic levels, according to projections from consulting firm ICF. Asia-Pacific air travel will recover quickest, at 3-4 years, while air traffic recovery in Europe, Latin America, and Africa could take 5-6 years, according to the consultancy report.

Countries are beginning to leave the initial quarantine phase, where air travel was limited to essential passenger, repatriation, and cargo flights. The next step is the pre-recovery phase, which could last from 6-18 months, or until there is a treatment of cure for Covid-19. In this phase, domestic air travel will resume first, while gradual border opening will limit international travel recovery. Social distancing will be in place in airports and on planes, and “only the brave will fly,” according to the ICF.

The recovery phase will follow the rollout of a vaccine or treatment, and will last several years. It will be marked by full border openings, social distancing being replaced by new sanitary practices, and a lingering passenger behavioral change that will affect business and leisure travel.

The consulting firm predicts that air travel will drop by 62% in 2020, remain 22% lower in 2021, and 8% lower in 2022. The analysis assumes that there is a cure or treatment available in Q1 2021, and that the historical relationship between GDP and passenger growth will remain unchanged.

Overcoming the unprecedented drops in 2020 and 2021 will be the industry’s biggest challenge, as many airlines currently scramble to reduce their fleets amid cratered demand. “This is a fall in traffic and revenue that could lead many airlines to go bankrupt,” said Carlos Ozores, a consultant at ICF who works with airline clients. “If you have fewer planes, you have fewer pilots and fewer crew members, and those layoffs will be permanent.”

Airlines, airports, and suppliers have large fixed and semi-fixed cost structures that are unable to withstand such a severe drop in demand, so companies will have to “right-size” their business to make it through the next two years.

To put the scale of the pandemic’s impact on the industry in perspective, ICF charted a comparison between the effects of the 2008 financial crisis with the projected fallout of Covid-19. The US previously took six years to recover to pre-financial crisis levels, while Europe recovered within a year and the rest of the world kept growing unabated.

The pandemic crisis is very different in nature from 2008, however. For one, it has caused aviation activity to shut down on a global level for an extended period of time. The economic impact is also slated to be much greater, with the IMF projecting a 3% decline in global GDP for 2020.

The 2008 recovery was also underpinned by Chinese growth, which accounted for significant traffic growth on its own; that won’t be a factor this time. There will also be huge supply-side constraints, as aircraft orders are canceled and airlines inevitably collapse. This will result in less excess capacity for the recovery.

Airlines will also have to deal with behavioral changes resulting in a loss of business-related traffic. The 2008 recession led to many business travelers downgrading from premium to economy classes; however, the increasing use of video-conferencing and remote work could lead to a permanent removal of a portion of business travel.

According to the report, North America and Asia-Pacific will recover the fastest, at approximately four years. The traffic recovery rates are driven by factors including GDP forecasts, the mix of domestic versus long-haul traffic, the financial health of regional airlines, and the availability of substitutes.

The factors driving swifter North American recovery include the presence of a large domestic market, airlines being in good financial shape entering the crisis, an industry that has already undergone consolidation, and the presence of airline bailouts.

Asia-Pacifc, meanwhile, has the benefit of huge domestic markets in China and India, latent growth potential for India, and strong Chinese GDP.

Europe, on the other hand, will take at least one year longer to recover, due to low GDP growth, rail travel substitution, Brexit, and a “flight shaming” trend among the population.