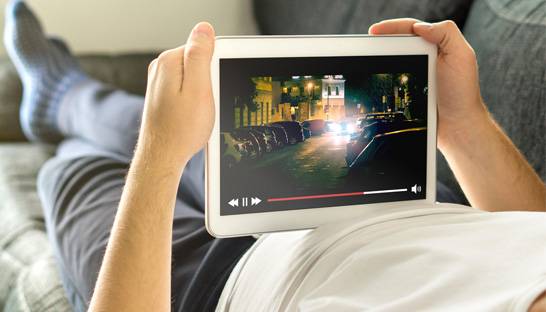 With Covid-19 keeping people at home and mass unemployment freeing up time, subscriptions to video streaming services have risen, according to a recent report from Deloitte. However, the financial strain of the pandemic downturn and increasing competition has also led to elevated churn rates.

Deloitte surveyed US consumers in December/January, and then again in May, in order to examine streaming behaviors and attitudes in light of the pandemic.

Prior to the pandemic, 73% of US consumers said their households subscribed to at least one paid streaming video service. That number increased to 80% in May 2020.

Consumers are paying more than ever for subscriptions, especially as TV and movie catalogs fragment. As rights holders retake their media properties, consumers have to buy multiple subscriptions to obtain the same catalog as they had when Netflix was one of the only games in town. If they want to watch The Office and Seinfeld, they’ll have to subscribe to NBC’s Peacock service; if they want to watch Marvel Universe films, they have to buy Disney+.

As every network turns to streaming, the market is essentially replicating the previous cable TV environment that cord-cutters were so eager to leave. If you have to buy 6 video subscriptions to get the content you want, then you’ll be getting close to the price point of a cable package.

This is not a point in time when most Americans can be burdened with additional, elective spending. The Deloitte survey found that 39% of consumers reported a decrease in their household income since the pandemic began. The US unemployment rate reached a high of 14.7% in April 2020.

The survey noted that there is growing frustration as consumers are forced to navigate a flood of new streaming options while managing costs – with fatigue possibly leading to cancelations.

To retain customers, streaming companies will have to address consumer preferences. The report found that subscribers are drawn to services with a wide range of shows and movies (51%) and exclusive content (45%).

“With less money to spend, the competition for consumer attention and retention has never been fiercer. Media companies that deliver the best value for money, provide exclusive content, and have strong libraries that continue to engage subscribers can lead for the next decade,” said Kevin Westcott, Deloitte US’ telecom, media and entertainment sector leader.

Ad-supported services are another avenue to attract customers, with nearly a quarter saying that a free or discounted rate was a large factor in choosing a service. More US consumers said they wanted access to cheaper, ad-supported services (up 3 points to 65% since the pandemic), while 35% don’t want ads.

Boomers and Matures were more likely to prefer ad-only options (which resemble the TV they grew up on), compared to millennials and Gen Z’s who prefer ad-free paid subscriptions.