Eighty percent of Americans said they feel most safe in their car, compared to any other form of transportation, according to a recent survey from research consultancy Researchscape which was commissioned by vehicle subscription provider Fair. The survey polled 1,046 US adults in May 2020.

With the new reality of pandemic conditions, Americans have doubled down on their preference for personal car transport.

Suburban dwellers were most fearful of using trains or subways, at 60%, followed by 52% of urban dwellers and 51% of rural areas.

As for the safety measures that would lure people back to public transportation, 47% said “a vaccine.” Meanwhile 37% said “mandatory face masks” and 26% said “new touchless gadgets and tools.” 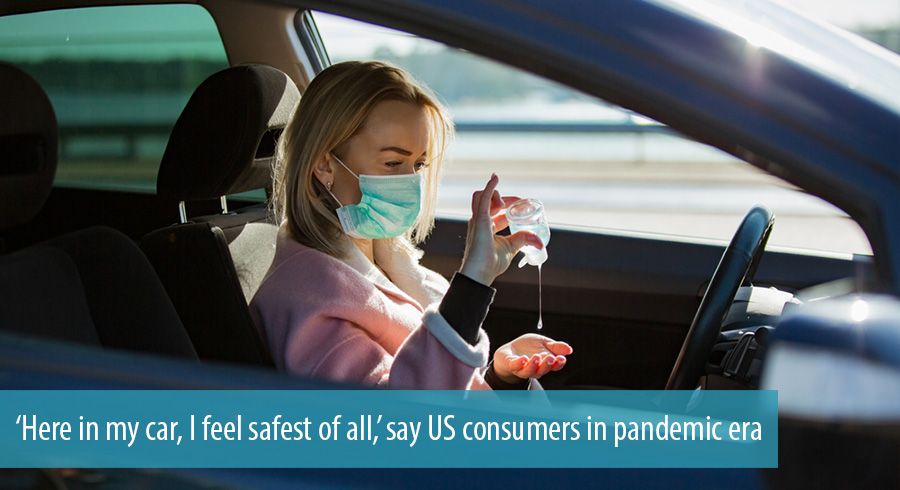 The survey also found that Americans are treating their cars as a sort of personal safe haven. Thirty percent say they use their car to take a mini-break by driving around the neighborhood, and 24% said they have been taking long drives to clear their head. Sixteen percent said they have sat in their car outside their house listening to music or audiobooks.

“While COVID-19 has made public transportation a non-starter for most Americans, an overwhelming majority of us are looking to our personal vehicles to provide safety and peace of mind during essential travel – and even to serve as escapes from the stresses of this moment,” said Georg Bauer, co-founder and president of Fair.

The Researchscape/Fair survey found that Americans aren’t optimistic about returning to their regular transportation habits in 2021. Forty-four percent said they will still be fearful of air travel, while 39% will skip international travel entirely in 2021.

Only about 15% said that they would return to their regular use of rideshares in 2021 if proper safety measures were put in place.

Only 31% of people in the Western US said they planned to travel outside the country in 2021, compared to 42% in the Northeast and Midwest, and 44% in the South. Instead of international trips, 35% of Americans said they would be open to a road trip instead.