Covid-19 impact could leave up to 40 million uninsured 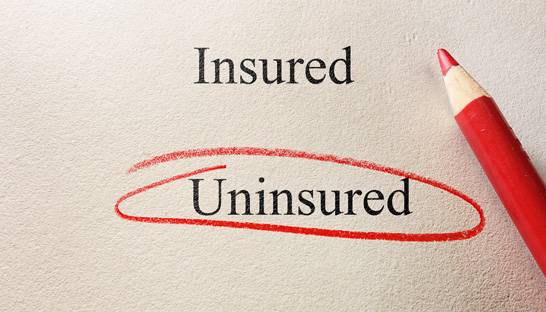 Covid-19 will have a large impact on health insurance coverage in the US as a result of massive job losses (the last two weeks alone have seen over 9 million unemployment filings). The next several months could see Medicaid enrolment increase by 11 to 23 million, and the number of uninsured individuals could rise to between 30 and 40 million, according to a report from research and consulting firm Health Management Associates.

The team of economists and analysts at HMA plotted three scenarios for unemployment – with a low of 10% unemployment, a medium scenario of 17.5%, and a high of 25%.

All three scenarios will result in a significant shift of Americans covered by employer-provided insurance to some form of Medicaid or ACA Marketplace plan. An unemployment rate of 25% would see the number of uninsured Americans rise from 29 to 40 million.

“This is the first economic downturn since Medicaid expansion, and what we’re experiencing is unprecedented,” said Jay Rosen, founder and president of HMA. “With millions of Americans expected to enroll in Medicaid in the coming months, our COVID-19 impact estimates at the state level are critical for policymakers trying to begin the complex steps of implementing new laws and policies while navigating an array of financial implications.”

The number of people receiving coverage from their employers could decline by 12 to 35 million, including both workers and family members. Medicaid enrolment could increase from 71 million to 82-94 million. The level of uptake depends on if displaced workers who have little experience with Medicaid navigate the bureaucracy and ultimately enrol, and if Medicaid operations are able to process and enrol significant numbers of people before a health and economic recovery.

The ACA Marketplace, meanwhile, will see new entrants as well as attrition due to job loss, with enrolment remaining relatively flat due to roughly equal entries and exits. More than 11 million have coverage through the state and federal Marketplace, with another 1-2 million purchasing coverage outside of the Marketplace.

Nearly 60% of Marketplace enrolees have incomes between 100% and 200% of the federal poverty level, and are as such likelier to move to Medicaid as a result of job loss. At the same time, some workers who lose employer-provided insurance due to lost or reduced employment will enter the Marketplace – where job loss or other coverage changes are considered qualifying events for purchasing coverage through the Marketplace.