How the act of boardroom tokenism can mask inclusion 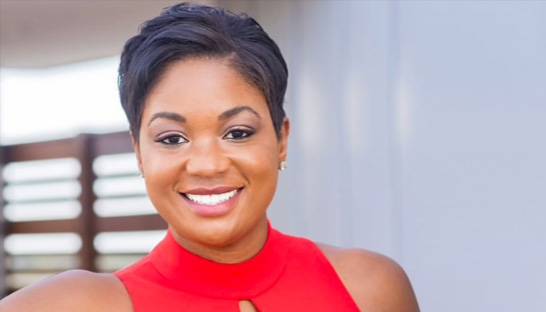 The role of chief diversity officer is increasingly being added to executive leadership teams. And all too often, professional services firms are placing black executives in these positions. According to Nicole Simmonds-Jordan, a leader at diversity and inclusion training consultancy PDT Global (part of Affirmity), this is an act of counterproductive tokenism.

Professional services firms may lead amongst many diversity and inclusion industry standards but the measures have risen, and their efforts must match. Black stakeholders for example are demanding more from firms, and as a result, businesses worldwide have felt an immense amount of pressure to trigger rapid change in their non-inclusive suites.

But too many professional services companies are placing black executives in positions with blurred responsibilities and short-term timelines.

The same firms that preach to diversity at every level of the organisation only make space for C-level diversity in the role of a chief diversity officer. This positioning is a firm’s transparent stance that says marginalised groups only deserve that one spot in the suite. On its own, the addition of the position of chief diversity officer to the C-suite is a simple act of tokenism – no matter who is in the role.

Tokenism in the boardroom

This kind of tokenism is counterproductive. It doesn’t solve or hide an organisation’s inclusion problems – it highlights them. A workplace token is someone who assumes a substantial existence as they are the only one of a marginalised group among a non-diverse and non-inclusive group. It’s time for business leaders to be clear about a chief diversity officer’s role and recognise the value of black talent and inclusive environments.

Unfortunately, the addition of the chief diversity officer has turned into a one-way street, and candidates are quickly backing their way out once they acknowledge that their role is inequitable compared with the rest of the suite.

After the world watched the murder of George Floyd, black people are demanding to be seen, and white allies are amplifying their voices to be heard. This climate of inclusion has pressured C-suite officers to activate their mission statements, mirror truth to their core values and ignite an inclusive suite of leaders.

Although this environment has built a bridge for black executives to take their position where they belong in the C-suite, it has also proven to be detrimental when tokenism is applied. The addition of a chief diversity officer is to drive organic cultural change via an authentic lens of inclusion, not to mask an all-white passing leadership team as the presence of a token.

What more extraordinary presence to light up a room of white-passing people than a black woman? These tokens give the manifestation of an inclusive environment to increase an organisation’s diversity statistics. But firms fail to realise the impact of hiring a token to cover up their blind spots. Black women are fully aware that they are easily placed as tokens to fill an apparent void. Not only aware, but black women are also smart, strategic and scintillating enough to use their seat in the suite to their advantage.

For decades, firms have been getting away with hiring white women who they silenced in their suites. But our world post-George Floyd says that white women are no longer enough to consider the group as diverse. But is hiring a black person as the chief diversity officer enough? An effective chief diversity officer carries many responsibilities but there are five key areas where one must apply their motivation:

Inclusive cultures are diverse groups of people who are encouraged to win by the motivation of successful peers. Authentically inclusive environments are grand enough for all to succeed. But it is the responsibility of the entire C-suite to value these critical priorities.

Once companies realise that diversity data and inclusive environments are not a trend, how will the role of the chief diversity officer shift? Will they do their work and drive the data while covering up their lack of inclusion? Or will they position their value and demand a permanent seat in the suite?

Inclusion is a proactive activity that deserves the attention, activation and acceleration the chief diversity officer needs to lead. Without proper embedding, business efforts towards inclusion will fall off – along with the diverse talent.