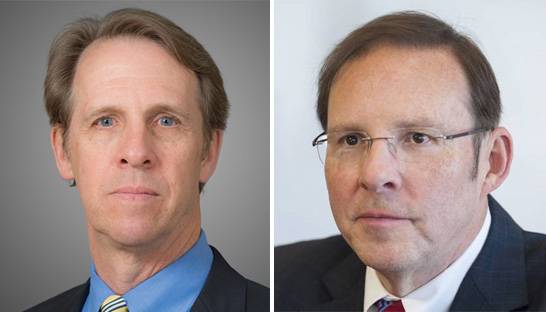 In his former roles as Chief Ethics & Compliance Officer at Raytheon and Vice President for Global Trade Compliance at Sikorsky Aircraft, Levesque led both global defense technology and manufacturing enterprises through complex regulatory consent agreements. He implemented compliance programs at these organizations that today serve as best practices for operational compliance and risk management.

Previously, Levesque fulfilled senior legal and compliance roles at the United Technologies family of companies, including Pratt & Whitney, Hamilton Sundstrand and Otis Elevator. The former US Army field artillery officer also served as the General Counsel and CFO of a high-tech, venture-backed start-up in the telecommunications sector.

“We are proud to welcome Alan, an individual with impeccable character and values and a proven thought leader in risk and compliance,” said Philip Daddona, President at Ankura.

John Riley is a veteran of the Securities and Exchange Commission (SEC), having served as the SEC’s Acting Chief Accountant in 1995, and brings over four decades of collective experience as an auditor, regulator, consultant, and expert witness.

He joins Ankura from AlixPartners, where he was a Managing Director in the firm’s Investigations, Disputes & Risk practice. Before that, Riley worked at Navigant Consulting (now Guidehouse) for fifteen years, assisting individuals, major corporations and accounting firms with complex accounting and auditing issues related to financial reporting, regulatory, and civil- and criminal-litigation matters.

Prior to that, Riley worked at Arthur Andersen, where he rose to become an audit practice director and was responsible for providing technical advice on accounting, auditing and auditor independence issues. Earlier in his career, he held progressively more responsible positions at the U.S. Securities and Exchange Commission during his eleven years at the organization, rising to become deputy chief accountant for the SEC in 1992 and acting chief accountant in 1995.

“John is a formidable addition to the team,” said Marc-Phillip Ferzan, Senior Managing Director and the leader of the firm’s Risk, Forensics & Compliance practice.

Alan Levesque and John Riley are both based in Ankura’s Washington, D.C. office, one of its 24 offices in the US.

The appointments come shortly after Ankura inorganically beefed up its ranks with the acquisition of joint venture specialist Water Street earlier this month, and the May purchase of UnitedLex’s cybersecurity practice.