Only 16% of business leaders expect to significantly increase investment in reinventing their workforce over the next year, according to a recent report from Deloitte. The consulting firm’s 10th annual Global Human Capital Trends report surveyed nearly 9,000 leaders in 119 countries.

The report found that though AI is coming to augment the workforce, most companies are behind on reskilling their employees to use the emerging technology. Since 60% said they would be using AI to assist, rather than replace workers (12%), it’s important that workers have the capability to work effectively with the technology. However, only 17% of leaders said they have made significant investments in reskilling to support their AI strategy.

Deloitte noted that the future will include “superteams” that combine the complementary capabilities of people and machines to solve problems, gain insight, and create value.

As the useful lifespan of technical skills shortens, companies also need to make sure that they have the workforce metrics need to track the capabilities of their workers. However, only 14% of respondents are collecting analytics in the area of “status of reskilling.” And though 53% of respondents said that between half and all of their workforce will need to change their skills in the next three years, only 16% said they expect to make significant investment increases into workforce reinvention. 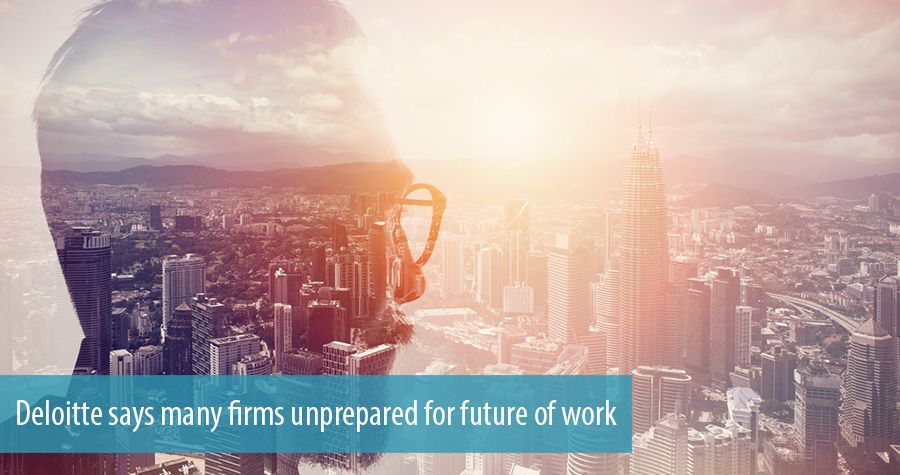 The Deloitte report found that 68% of organizations are making only moderate investments into reskilling, or none at all. Leaders admit this is an issue, with 32% tagging a lack of investment as the top barrier to workforce development.

Organizations are also failing to see the importance of alternative workers, even as the segment grows. Though gig workers are likely to comprise 43% of the US workforce this year, only 45% of respondents said they are prepared or very prepared to take advantage of the alternative workforce. Deloitte noted that this was the lowest preparedness score of any emerging challenge in the next 10 years.

The ability to tap gig workers becomes increasingly important in a context of talent shortages and shifting job markets.

“This extraordinary time is when organizations should identify and invest in workers’ capabilities, develop new team structures, and evaluate how to best leverage the alternative workforce. If organizations don’t figure out how to capitalize on humans’ ability at work, they will not only sub-optimize the potential that technology creates, but hamper the reinvention required to thrive in the context of this pandemic and beyond,” said Erica Volini, principal and global human capital leader, Deloitte Consulting.