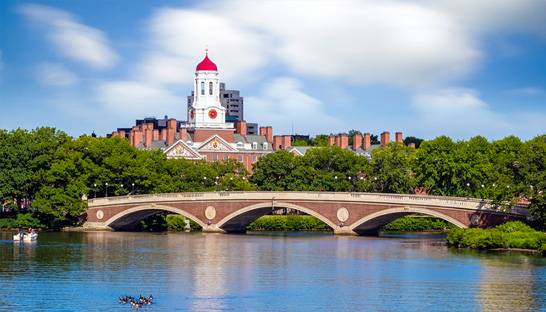 The Massachusetts Board of Higher Education recently enlisted strategy consultancy EY-Parthenon to examine the financial impact of Covid-19 on the state’s public colleges and universities.

EY-Parthenon, the Boston-based strategy consulting arm of Big Four accountancy EY, analyzed the challenging situation facing the state’s 24 public community colleges and universities – except for the five-campus University of Massachusetts system, which provided its own analysis to the state board.

In the worst-case scenario, four community colleges and four universities will lack the cash to cover at least a month’s expenses in late FY21. Haven Ladd, a managing director at EY-Parthenon, told the board that the potential shortfall being further into future allows planners to better mitigate risk and cost reductions.

Colleges and universities are facing financial pressure from many sides. UMass reported that the system lost $123 million last semester, including refunded room and board fees, halted research grants, and lost event revenue stemming from pandemic-related shutdown and social distancing.

Colleges and universities will also struggle with student retention, as many tuition payers will balk at the idea of paying the same fees for an online or mostly-online learning experience. The economic impact of the pandemic could also mean that fewer students return in the fall.

Higher education officials can, however, take solace in the fact that the Trump administration last week backed down from its directive to restrict international students from staying in the US while taking online-only classes.

Schools will nonetheless have to contend with shrinking state appropriations, which account for 30% to 40% of state college and university revenues, according to EY-Parthenon. State coffers have been slammed by the pandemic, with Massachusetts State revenues expected to be billions of dollars below pre-Covid projections. This will ripple through in probable cuts to state spending – including on higher education.

In order to balance their budgets amid severe revenue drops, state schools will have to examine further cuts to their largest cost – personnel. According to The Chronicle of Higher Education, 218 American colleges and universities have laid off, furloughed, or opted to not renew the contracts of more than 50,000 employees.